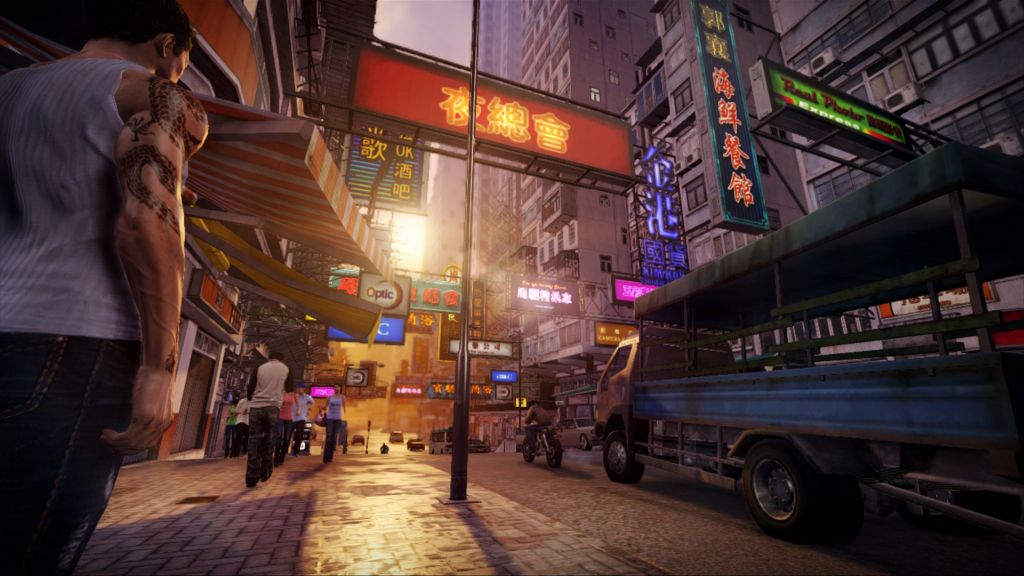 Available for download today, the Year of The Snake add-on pack extends the story of Sleeping Dogs, with a series of all-new, action-packed police missions set immediately after the main game. The Year of the Snake features four new Achievements/Trophies and will be available for the Xbox 360® video game and entertainment system from Microsoft, PlayStation®3 computer entertainment system and Windows PC, priced at 560 MSP / $6.99.

The Year of the Snake sees Wei Shen’s story continue as he rejoins the ranks of the Hong Kong Police Department, only to be caught in chaos. A vicious doomsday cult is taking root in the back streets of Hong Kong… the Cult of the Snake. Hell-bent on cleansing the city of its evils, they cannot be negotiated with as they pursue a murderous path to their righteous salvation.
Wei must enter a race against the clock in an explosive countdown to midnight and bring the cultists to justice before the arrival of Judgement Day. With an arsenal of weapons – including a tear gas launcher and an electroshock pistol – new outfits and abilities, Wei aims to earn back his honor with the HKPD by sabotaging the cultists’ plot to bomb, terrorize and subdue the citizens of Hong Kong.
Through several missions and optional activities, Wei will track down the Cult of the Snake’s leader and personally show him that the world is not about to end for anyone but him and his followers.

About Sleeping Dogs
Developed by United Front Games in collaboration with Square Enix London Studios, Sleeping Dogs is a gritty and visceral open world cop drama set in the vibrant city of Hong Kong. Taking the role of undercover cop Wei Shen, players are tasked with taking down one of the world’s most fearsome criminal organisations from the inside. Offering players an island packed with action, every street corner, market stall, harbour dock or city skyscraper can become an opportunity for intense shoot-outs, adrenaline-fuelled street races and intense, brutal martial arts combat. Featuring one of the most intuitive and imaginative combat systems, Sleeping Dogs empowers players to perform an extensive set of martial arts moves, singlehandedly taking on numerous opponents. Players perform bone-crunching kicks and combos, vicious counters and a cinematic set of environmental takedowns making use of countless real-world items from circular saws to phone booths, incinerators to refrigerator doors.