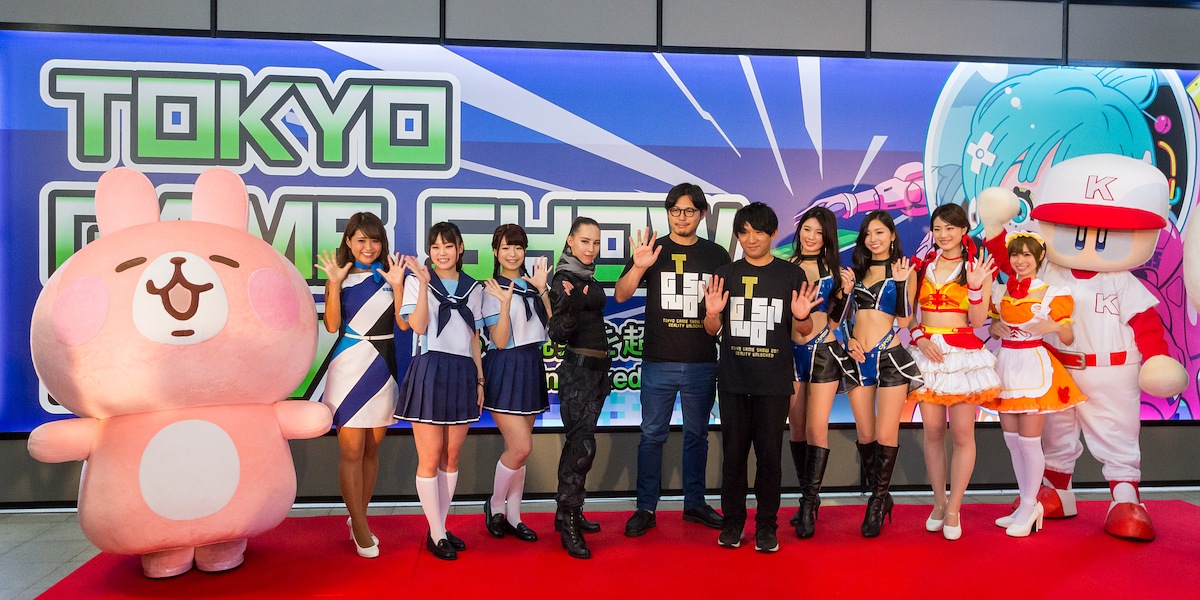 VR, e-sports and indies booths are very exciting this year. Nintendo Switch, Playstation4 consoles and PC gaming are the current most favorite platforms. The PS VITA market is rapidly reducing its position in Japan. Smartphone gaming is now the main market for the mobile videogaming.

„AAA Smartphone gameing titles“ are now moving away from the Tokyo Game Show. That’s because the TGS2017 is TOO SMALL for such Tripple-A-Smartphone games. For example : FGO (Fate/Grand Order) held its 2nd Anniversary festival at Makuhari Messe (the same venue location where the TGS2017 happens) on July but the game does not get presented at the TGS2017.

About AAA famous console game titles, TGS2017 is the year of „Monster Hunter World“ for game fans – there have been many fans ligned up in front of the Capcom MHW booth to play the game and win marketing gadgets.

Square Enix annouced the new title „LEFT ALIVE“ but there was only a demo video, no live gameplay was possible.

The Konami booth showed a „LOVEPLUS EVERY VR demo“ and gathered numerous romance love game fans and medias but instead of a game, is is more a VR-demonstration. The new titles „Anubis Zone of the Enders: Mars“ and „Metal Gear Survive“ have not been presented in front of the booth but many hardcore gamefans actually play those titles. All these names are almost the same as the previous 5-10 years. Sadly it looks like Konami doesn’t have any new plans of launching AAA titles for console gaming anymore. I think that Konami might not have large gaming booth on next TGS2018.

VR gaming is now rising up its market potential. I saw many type of PSVR , HTC VINE and many other VR game systems on the TGS2017. Although i think that the mainstream of VR experiences are now less for gaming but more for „industry“ demonstrations and applications.

However, in Japan so many independent developers are trying unique way to make unique VR gamings. Palmer Luckey (the founder of Oculus Rift) visit Tokyo for TGS2017.
http://nlab.itmedia.co.jp/nl/articles/1709/22/news104.html
(Note : The event is not TGS2017.It is a closed meet-up for VR developers and VR companies, including adult VR contents developers.)
Now he is considering opening a laboratory on VR relations in Tokyo.